An overview of the concepts in Jenkins X

Jenkins X is designed to make it simple for developers to work to DevOps principles and best practices. The approaches taken are based on the comprehensive research done for the book ACCELERATE: Building and Scaling High Performing Technology Organisations. You can read why we use Accelerate for the principles behind Jenkins X.

“DevOps is a set of practices intended to reduce the time between committing a change to a system and the change being placed into normal production, while ensuring high quality.”

Jenkins X brings together a number of familiar methodologies and components into an integrated approach that minimises complexity. 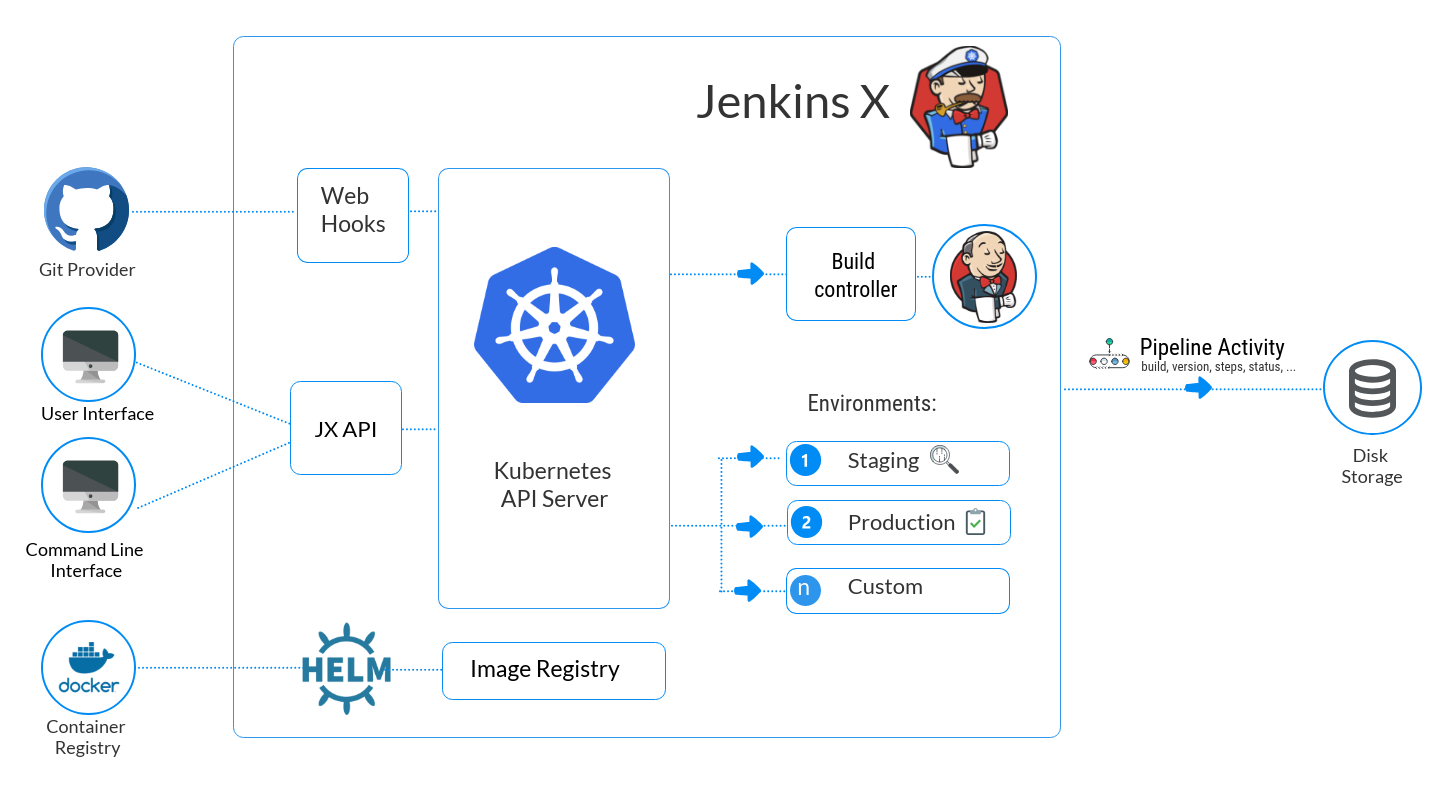 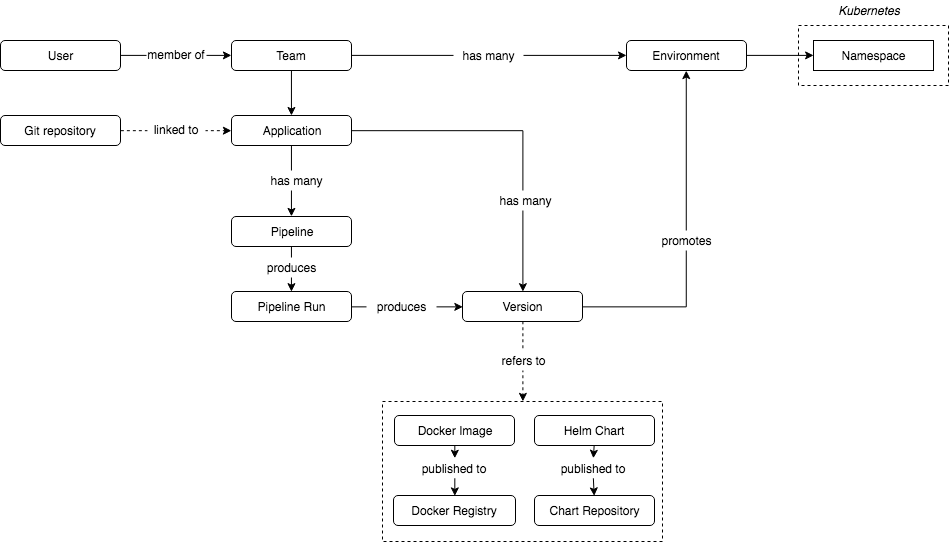 To access Services from outside the local network, Kubernetes requires the creation of an Ingress for each Service. The most common form of this utilises one or more load balancers with static IP addresses, which sit outside the Kubernetes virtual infrastructure and route network requests to mapped internal Services. By creating a wildcard external DNS entry for the static IP address of the load balancer, it becomes possible to map services to external fully-qualified domain names. For example, if our load balancer is mapped to *.jenkins-x.io then our payments service could be exposed as http://payments.finance.jenkins-x.io.

Kubernetes represents a powerful and constantly improving platform for deploying services at massive scale, but is also complex to understand and can be difficult to configure correctly. Jenkins X brings to Kubernetes a set of default conventions and some simplified tooling, optimised for the purposes of DevOps and the management of loosely-coupled services.

Developers should be aware of the capabilities that Kubernetes provides for distributing configuration data and security credentials across the cluster. ConfigMaps can be used to create sets of name/value pairs for non-confidential configuration meta-data and Secrets perform a similar but encrypted mechanism for security credentials and tokens. Kubernetes also provides a mechanism for specifying Resource Quotas for Pods which is necessary for optimising deployments across Nodes and which we shall discuss shortly.

Interacting directly with Kubernetes involves either manual configuration using the kubectl command line utility, or passing various flavours of YAML data to the API. This can be complex and is open to human error creeping in. In keeping with the DevOps principle of ‘configuration as code’, Jenkins X leverages Helm and Draft to create atomic blocks of configuration for your applications.

What is Jenkins X?