Jenkins X will automatically set up awesome pipelines for your projects that fully implement both CI and CD using DevOps best practices. 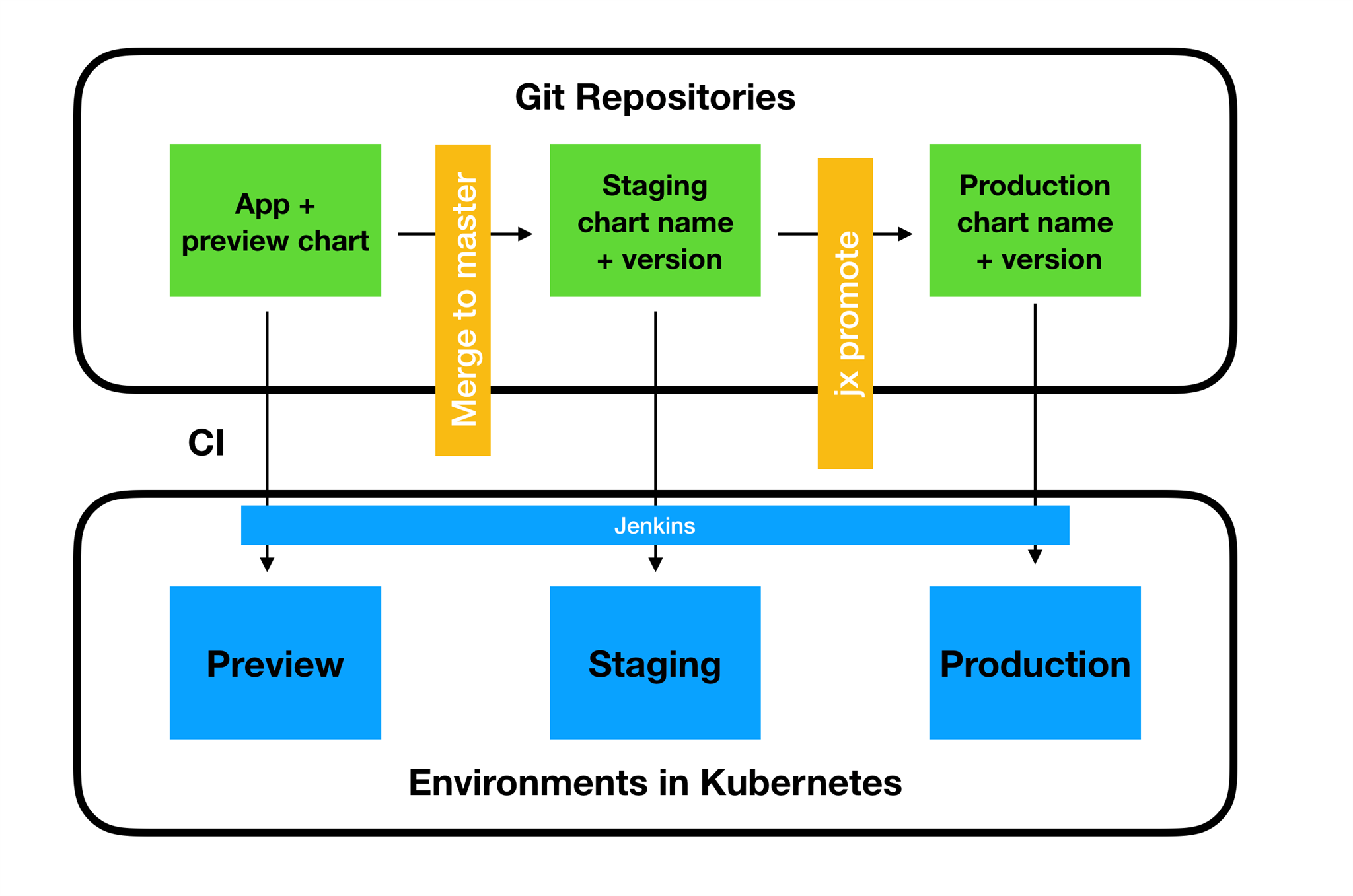 A Team in Jenkins X is represented by an install of Jenkins X in a separate namespace.

You can also use the jx create team CLI which creates a new Team Custom Resource then in the background the team controller will create a new Jenkins X install in the teams namespaces, by default reusing the same underlying nexus and docker registry.

Promotion is implemented with GitOps by generating a pull request on the Environment’s git repository so that all changes go through git for audit, approval and so that any change is easy to revert.

When a new change to an environments git repository is merged to master, the pipeline for the environment triggers which applies any changes to the resources via helm - using the source code from the git repository.

To manually promote a version of an application to an environment you can use jx promote command. 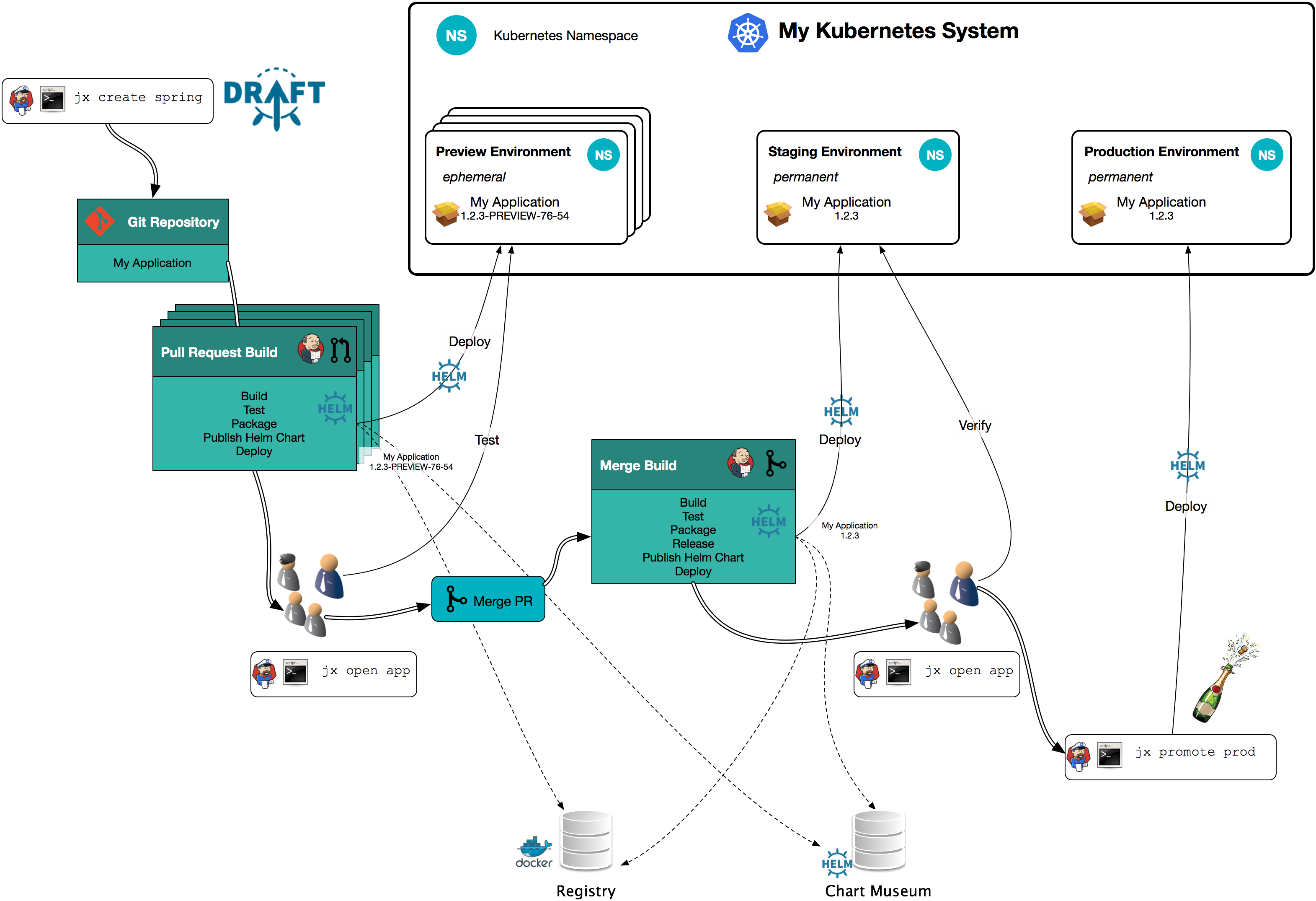 Jenkins X lets you spin up Preview Environments for your Pull Requests so you can get fast feedback before changes are merged to master. This gives you faster feedback for your changes before they are merged and released and allows you to avoid having human approval inside your release pipeline to speed up delivery of changes merged to master.

When the Preview Environment is up and running Jenkins X will comment on your Pull Request with a link so in one click your team members can try out the preview!

As you can see above Jenkins X automatically comments on your Pull Requests when using Preview Environments.

If the commit comments reference issues (e.g. via the text fixes #123) then Jenkins X pipelines will generate release notes like those of the jx releases.

Also as the version with those new commits is promoted to Staging or Production you will get automated comments on each fixed issue that the issue is now available for review in the corresponding environment. e.g.

A collection of best of breed software tools packaged as helm charts that come pre-integrated with Jenkins X such as: Nexus, ChartMuseum, Monocular, Prometheus, Grafana etc

Some of these applications are baked in; like: Nexus, ChartMuseum, Monocular. Others are provided as an Addon like Grafana

To install an addon then use the jx create addon command. e.g.